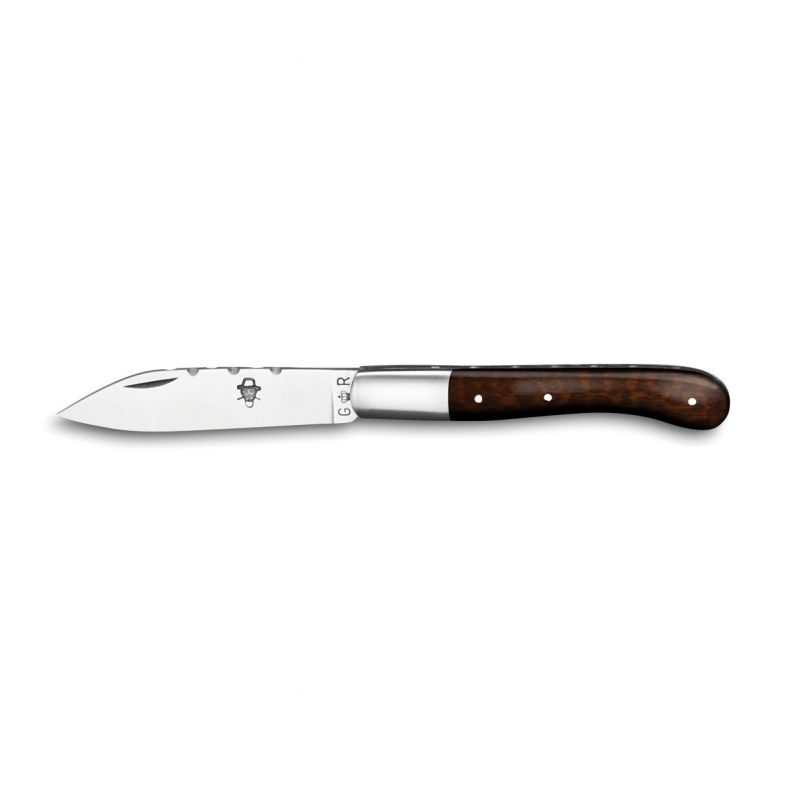 Attribued from the middle of the 19th century to Camille Troupel of Aurillac.

The name was given to this knife by people from Thiers, to distinguish it form from other models made by the other regions.

It is the knife of peasants, of cow keepers, of shepherds with a blade that plunges at the front of the handle.

"Grandfather" Mark on the blade and G.R. on the tang.

Hand filework of spring and blade.

These models are handcrafted with their original moulds which at that time did not have an empty space between the spring and the blade when the knife was closed. We advise our client to follow the blade without snapping it on the spring so as to avoid damaging the edge when closing the knife. Thus, he will preserve the edge as well as the correct working of his knife for a long time. 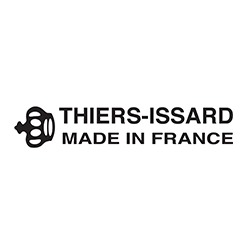 Products in the same category: